Learn more about our curriculum for building strong, confident swimmers. 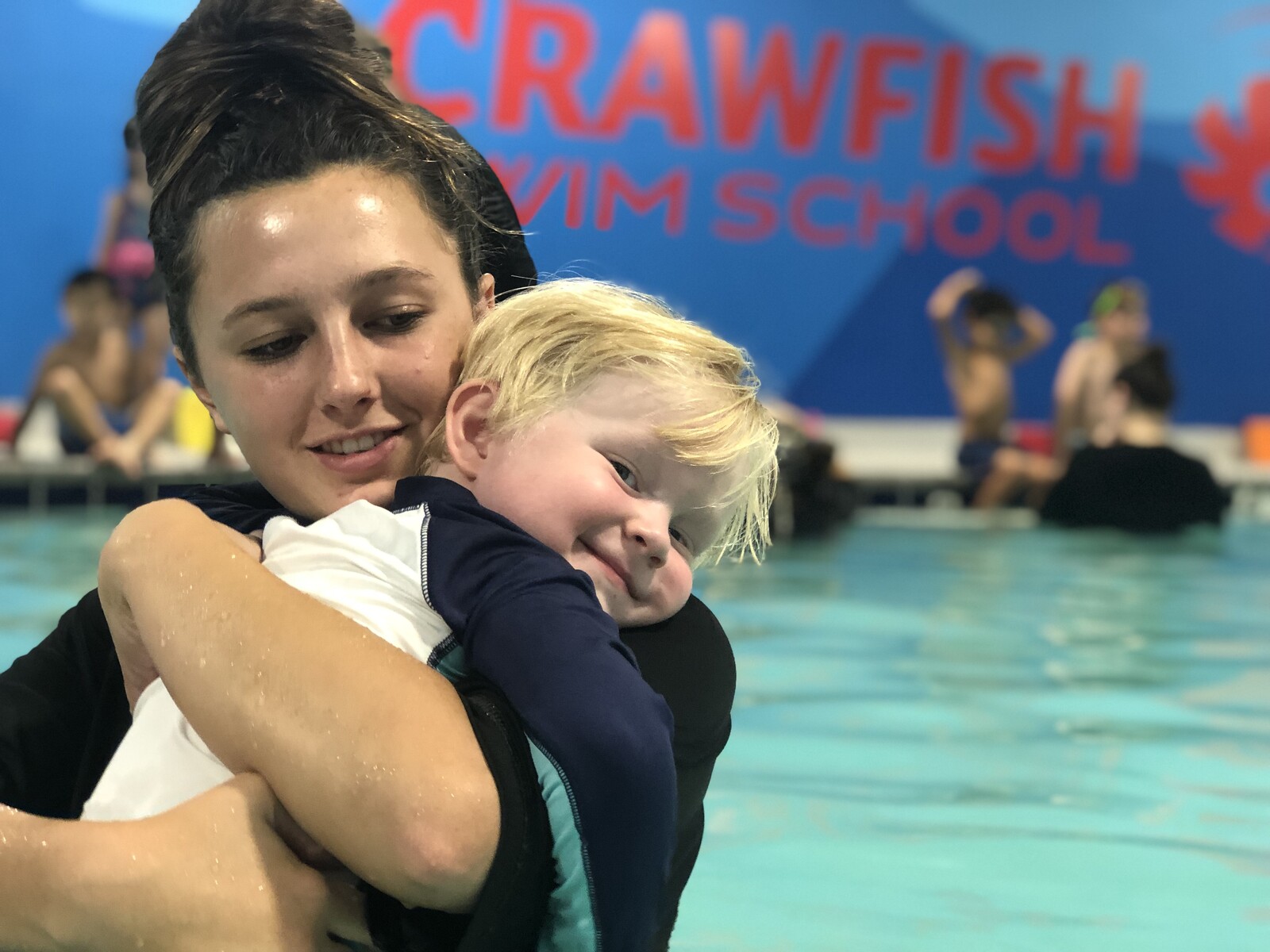 Experience Crawfish Swim School, where Lessons are a Gift for Life!

Read the FAQs
Water Safety Matters, No Matter the Season.

We teach swimming all year, every day of the week. Warm 88 degree water and air temperature means swimmers stay warm in & out of the pool. The pool is chlorinated with a UV and ozone filtration system. The pool sanitation system provides sparkling-clean water without the heavy chlorine effects of red eyes, itchy skin, damaged hair and our top of the line air filtration system provides the best indoor air quality- even for those with respiratory problems. Enjoy a comfortable viewing area with Wi-Fi, family changing rooms and an interactive play area. 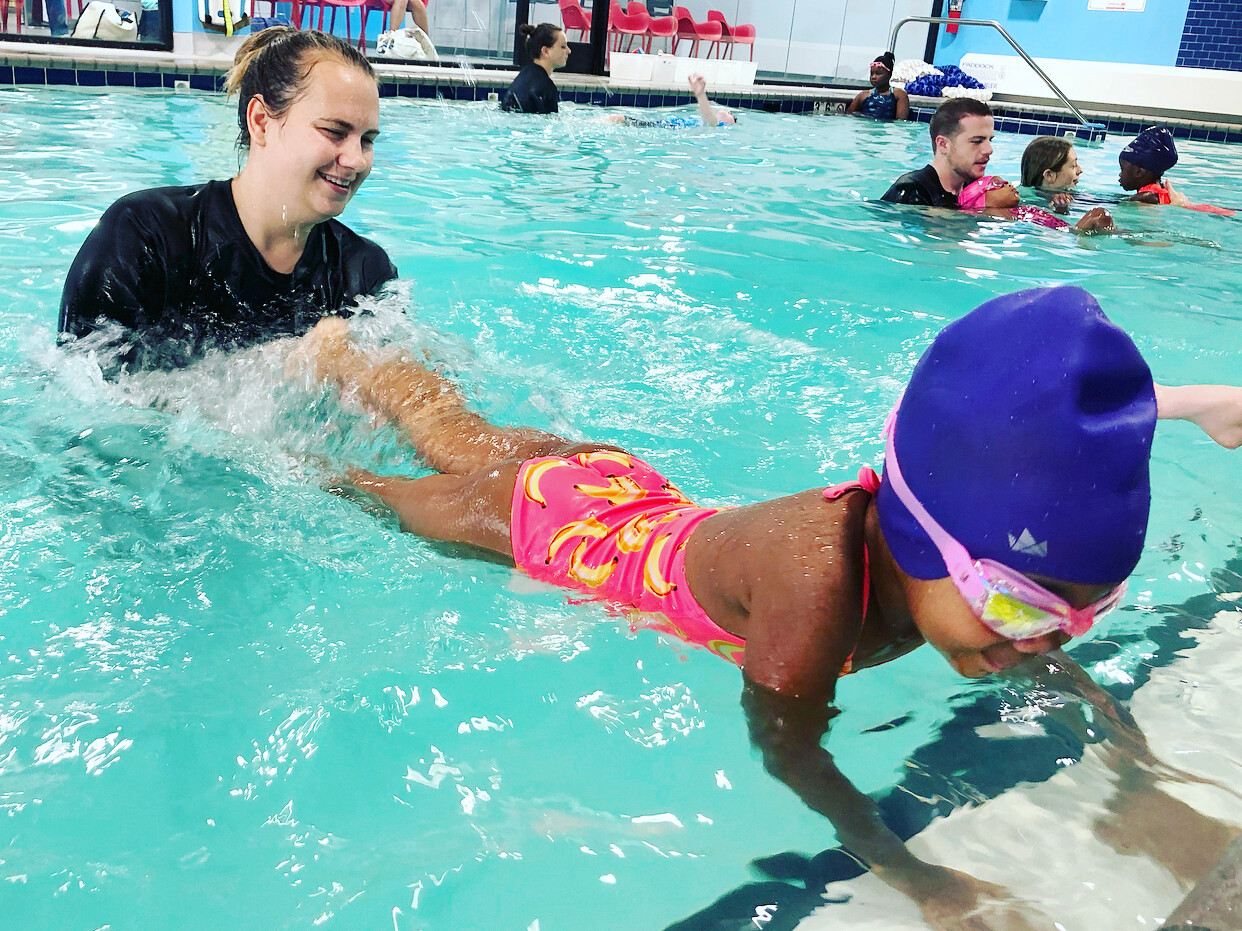 Crawfish Swim School is the product of the dedication and hard work of many people for more than 20 years at our parent organization, Crawfish Aquatics. Crawfish Aquatics was founded in 1999 around the owner’s kitchen table and started with a small masters (adult) group. It expanded to a youth swim team with swimming lessons starting the summer of 2000. By the summer of 2016 over 4,000 children would come through the six swimming lesson sessions offered between April and July.

Due to the year-round swim team programs and the cooler indoor pool temperatures, Crawfish Aquatics was only able to teach between April and July each year and because of this, we would see swimmers gaining confidence and swimming skills in the water during the summer only to return eight months later having lost a lot of that progress. It was on our hearts to offer the opportunity for children to swim, and more importantly be water safe, all year long. Again, around a kitchen table, the idea for the Crawfish Swim School was born. 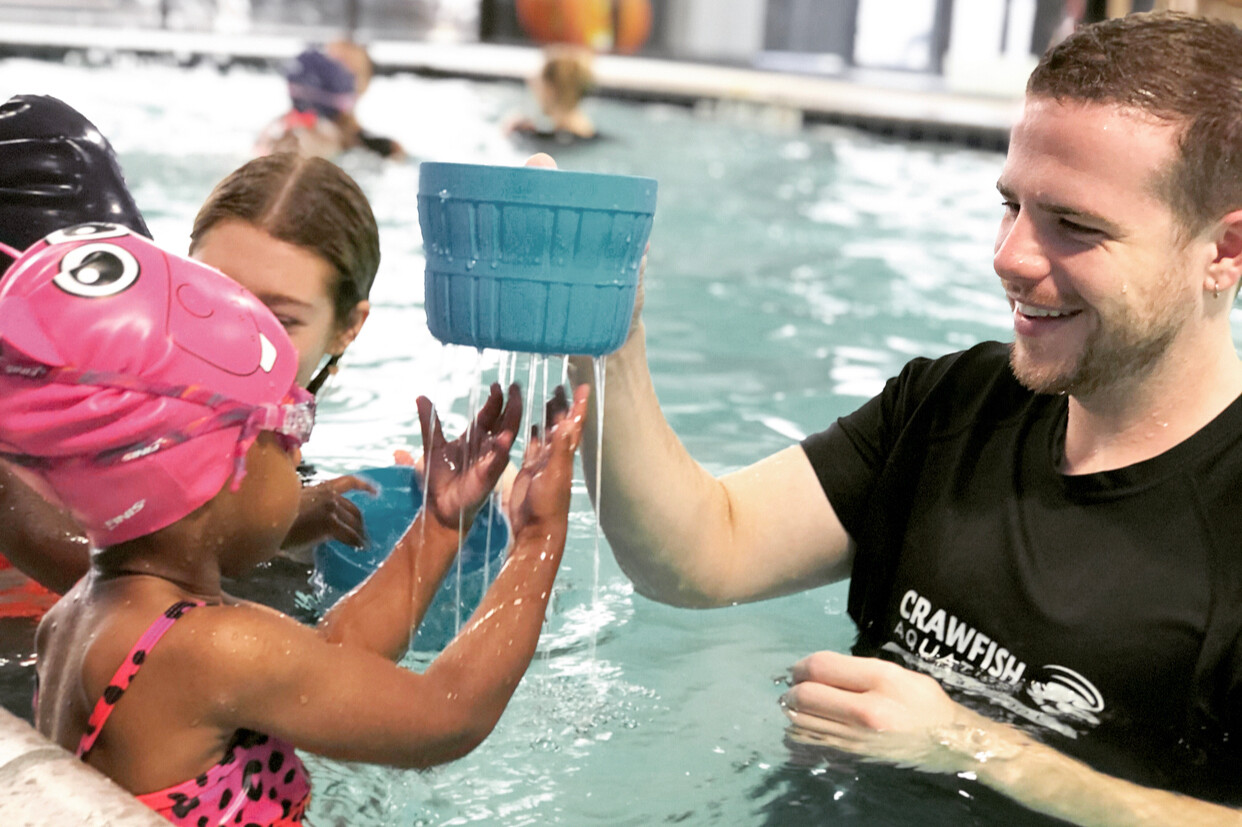 Our first swim school opened on Siegen Lane in January of 2017. Our second location in Prairieville followed closely behind, opening in June of 2018. The Crawfish Swim School teaches with a proven curriculum we’ve developed over our 20+ years of experience.

We believe in teaching with love, compassion and empathy knowing that learning to swim can be a scary process for people of all ages and backgrounds. At Crawfish Swim School, we take each skill, each lesson and every relationship with swimmers and their parents to heart, knowing this essential skill is a gift for life.

Not sure where to start? Here are the details you need.

Ready to get started?

Explore our Swim Programs or visit our Level Finder to find the right program for your student.